The first day of our week in France began with a welcoming ceremony presented by the principal of the French school "Eduard Herriot", where we had access to the schedule and plans for the week. After that, we went on a guided tour of the school and finally had our coffee break in which we ate delicious croissants. After being guided to the school gymnasium, we did some ice breaking activities, such as painting benches made of pallets, initially built by the French students. We learnt a flashmob choreography, and finally played a game that had the participation of all students in a fun and creative way.

After that, we enjoyed the meal offered by the school canteen for the first time. We had the opportunity to enjoy a dish of chips with beef stew.

In the afternoon, the group had the honor of meeting the regional government agencies of Chartres through a lecture and visit to the Departmental Council. With this initiative, we got to know the governmental system of the city itself and of the region regarding health, education and environment. Later we presented the flashmob choreography in front of the beautiful Chartres cathedral. We participated in a peddy-paper organized by the school, so that foreign students could get to know the city where they would spend the whole week.

By four pm, all students were already back at school, so this was the first day of what would be a long week.

On the second day of our trip, our work was organized as follows: Meeting with all the students present in the project Erasmus+ in “Eduard Herriot” school and then bus departure with teachers and students to the CFA (vocational school) in Chartres. And so began the cultural exchange, gastronomic activity with chef Benoit Cellot (chef at the “Grand Monarch” restaurant awarded with a Michelin star). We prepared an entrée - smoked salmon paté with cream, chives and lemon. The main course made by teachers and students was fresh cod fillets with trio of peppers, onion and vinaigrette sauce, followed by a dessert that consisted of a crumble pear and apple crumble. After lunch and some conviviality in the dining room, the group returned to the school by bus and took a short break. Later, the students and teachers gathered in a room with the aim of creating posters on the activity of the day in Chef Cellot’s kitchen. Each country created posters in the 'Canva' app about the cooked recipes that were translated into different languages with photos of the dishes taken by the students. The project activities planned for the day were completed.

October 2, Wednesday, began at the school, where we met at 8am, so that at 8:10 we would be leaving for the city of Chartres. There we visited the famous cathedral with the help of a guide who gave us a brief explanation of its history. We were told that the cathedral followed the Gothic and Roman-styles. It is dedicated to Our Lady, and there are figures of the Bible carved around the entire monument because in the past, since most of the population was illiterate, they represented the Bible through images, among others. Also to be seen there were sculptures, stained glass and furniture designs. Beneath the cathedral there is a maze where the priests walked, for they believed that if they reached the end of the maze, they would end up closer to God. The windows of the cathedral were covered with colored stained glass and the liturgical furniture was mostly gilded. Then, we went to a classroom where we had a workshop on stained glass painting. The materials used were colored glass, Chinese paint, lead irons and a welding machine. All foreign teachers and students were able to perform the activities while the French students were in school having classes. The morning ended with a visit to the Chartres stained glass museum. Students had the opportunity to learn about the history of stained glass and to appreciate ancient and modern art. In the end, we drove to school by bus where we met the French colleagues. Wednesday afternoon was free to give students the chance to spend more time getting to know the city, buying souvenirs and being able to socialize with each other and their host families.

The fourth day of the project started earlier than usual, at 7:20 am to be precise, where we started our journey from tiny Lucé to the big capital, Paris. By 9 am, long before we reached our final destination (the Louvre), we quickly got used to the morning life of this great city. We saw the Eiffel Tower, the Seine River, Notre Dame, and the typical Parisian streets.

It was around 10am when we arrived at the famous Louvre Museum where we had a short guided tour of the main Greek, Roman, Medieval and Renaissance wings. After the visit, there was a small waiting time where we took lots of typical and touristy pictures, followed by the project's “flashmob” in front of the Louvre.

Afterwards, we took our bus and headed towards the “Cité des Sciences” where we had a small picnic in the nearby garden. Until 3 pm, the scheduled time for the planetary session, we had the opportunity to visit this “City of Sciences” freely and spontaneously. After the planetary session and our time for souvenirs in the same place, it was time to return home.

The return, just like every return, was long but calm enough, so that we could absorb all the experiences that we had lived in the great French capital on this day.

Friday, October 4, the day was contemplated with several workshops held at Eduard Herriot School, using CLIL methods. Initially, we were divided into two multinational groups for a better organization and accomplishment of tasks.

The first workshop was related to energy and started at 8:10 am. It started with three board games, played by all students and teachers. The aim was to cover our knowledge of water treatment and energy functioning that are present in all countries involved in the project (France, Finland, Portugal, Croatia and Poland).

In the second workshop "How to make electricity?" we were presented to some examples of renewable energies, and we got to know a little more about its constitution and how the production of energy works.

The third workshop allowed us to gain insight of how to make a classroom sustainable by using the windowfarm technique and teaching us how to prepare one. In addition, we were led to find out what the needs of a plant cell are and we looked at the different parts of a leek, namely the stem and the leaves, using microscopes.

Lunch took place in the school cafeteria with roasted chicken and rice, accompanied by fruit, salad and water. Afterwards, all students and teachers gave their general appreciation and feedback on the activities throughout the week on an online questionnaire.

In the end of the week of multiculturalism and cross-country dynamics, the students, teachers and host families joined together for a pleasant conviviality at school, strengthening ties amongst each other. Gifts were distributed and diplomas delivered to all involved by the project organization. 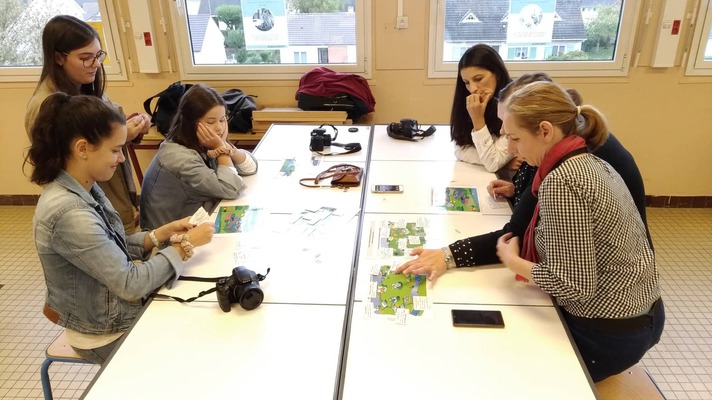 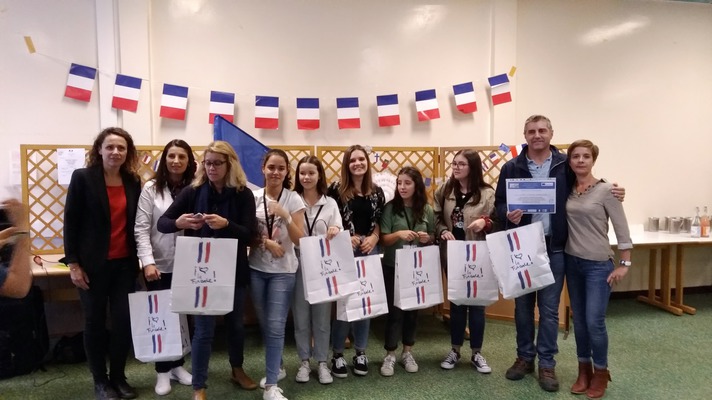 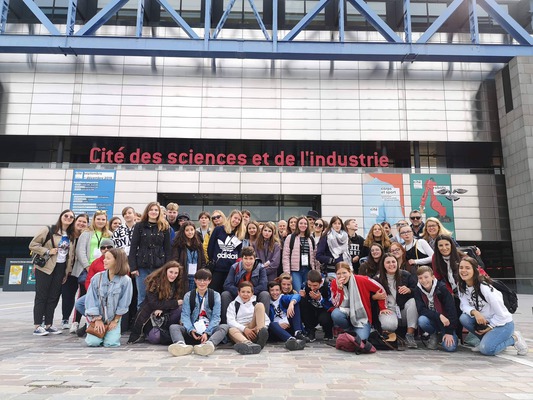